Janet Coats is managing director of the Consortium on Trust in Media and Technology at the University of Florida. 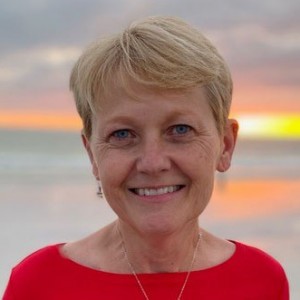 Coats has been at the forefront of the seismic shifts in journalism and information culture over the last 25 years. She’s led large multimedia news organizations, done groundbreaking work in civic engagement and reader outreach, and built her own consulting company focused on engagement and sustainability strategies for non-profit and entrepreneurial news organizations.

Coats is the former Executive Director for Innovation and Strategy at the Walter Cronkite School of Journalism and Mass Communication at Arizona State University. In that role, she has oversight of the school’s media literacy efforts through its News Co/Lab, the News21 national student reporting program, faculty teaching associates, and grant acquisition for sponsored research.

From 1994 – 2009, Coats held leadership positions at several news organizations, including Senior Vice President of News and Executive Editor for The News Center in Tampa, Florida, and Executive Editor of the Sarasota (Florida) Herald-Tribune. From 2003-2004, she served as Dean of the Faculty of The Poynter Institute, a professional training school for journalists and communications professionals.

Coats served as a Pulitzer Prize juror five times, including as chair of the Public Service and Investigative Reporting juries. She served on the board of the American Society of News Editors, twice chairing the national convention.

Diana Mitsu Klos is serving as senior adviser to the Brechner Center as it undergoes a leadership transition. Contact Diana. 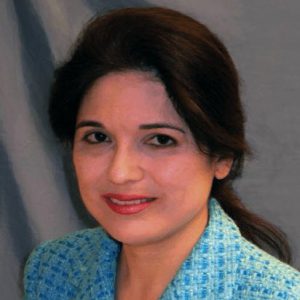 Klos researched and wrote “The Status of Women in U.S. Media 2013” for the Women’s Media Center, which became the template for subsequent annual reports. For The National Security Zone initiative at Northwestern University’s Medill School, Klos created and implemented a strategic outreach plan for resources focused on local coverage of defense, security and civil liberties.

She served as adviser to a temporary installation of children’s pajamas on the National Mall in Washington, D.C. in 2019 that drew attention to the issue of migrant children being separated from their parents at the U.S.-Mexico border. For “Where Are The Children?” Klos devised strategies for diverse volunteer management, news coverage, permits and logistics.

Klos graduated from the City College of New York, and began her career as a reporter, city editor and managing editor for daily news organizations in New Jersey, Connecticut and New York.

Sara Ganim, Hearst Journalism Fellow, won the Pulitzer Prize for Local Reporting for her coverage of the Jerry Sandusky-Penn State scandal as well as the 2011 George Polk Award in Journalism. That same year, Newsweek magazine named Ganim one of “150 Women Who Shake the World.”

Ganim joined CNN as an investigative reporter in 2012. In 2015, she received the Sigma Delta Chi Award from the Society of Professional Journalists for a story exposing questionable admission standards for college athletes. She left CNN to work on a book and on a documentary film project, “No Defense,” about the military’s role in toxic contamination linked to the use of firefighting chemicals, which has been linked to serious health problems for those exposed. Ganim is a  2008 graduate of Penn State University with a B.A. in communications.

Lila Greenberg is a legal researcher at the Brechner Center and an aspiring law student hoping to begin in fall 2023. Greenberg currently focuses on research that uproots societal issues regarding the First Amendment or Freedom of Information laws. She plans to study Intellectual Property and Media Law. In spring 2022, Greenberg graduated summa cum laude from the University of Florida with a B.S. in Media Production, Management, and Technology, a sociology minor, and a business concentration. Greenberg began at the Brechner Center in summer 2021 as a student research assistant and has been involved in various research projects. She has also completed some brief work with the National Freedom of Information Coalition by writing profile stories on freedom of information champions. Prior to her time at the Brechner Center, Greenberg interned for Mr. 305 Records and worked for Entercom Communications in Miami, implementing her expertise in different sectors of media and communications.